Although they haven’t slotted in details of where it is actually going to be just yet (that’s saved for later on in the year) the Warehouse Project can announce it’s line-up. Loco Dice and Jamie Jones top the bill, the latter fresh from quashing rumours of his involvement with the end of the world as we know it/destruction of every small town DJ who deserves better’s career/DJ comp that won’t affect dance music very much (delete as appropriate on account of your moral outrage at Simon Cowell’s latest venture). Joining them is a roster that, while without boasting any full on mouth watering names, does showcase an obscene amount of talent. Carl Craig, Maya Jane Coles, Eats Everything, Scuba and bloody loads more. It’ll unquestionably be a great night, and probably sold out before we even hit the middle of February.

Head here for the full details.

Got an email earlier today about this years GIT award form local journalist Peter Guy. It’s a celebration of Liverpool based music if you were not already aware; for more details check the press release below…

The Getintothis Award, the premier prize for the Merseyside music scene, has assembled a jury of high quality, highly experienced judges to find the best new sounds in the city.

But then, that’s only befitting an award with an excellent prize and which has been dubbed by the UK music press as ‘the Scouse Mercury’.

For the inaugural GIT Award, top names from Liverpool Football Club, NME, Vice Magazine and The Guardian have teamed up with the cornerstones of the region’s music scene to judge the finest recordings to be released on Merseyside within the last calendar year.

The winning artist will come from across the musical spectrum reflecting the city’s rich heritage in pop, rock and roll, country, dance, soul, hip hop and jazz plus all stops in between.

Experienced journalists and senior editorial figures from the national and music press make-up the panel and all have plenty of experience of the perennially fruitful melting pot of styles that is Liverpool music.

First up on the panel (in alphabetical order) is Joshua Burke co-founder of Liverpool lifestyle magazine Waxxx, journalist, film-maker and Vice Magazine’s global editor Andy Capper and John Doran, editor of the music webzine The Quietus – winner of Record of the Day’s 2011 Digital Publication.

The second trio of judges is led by the award’s founder Peter Guy, a journalist with the Liverpool Post and Echo and editor of Getintothis music blog which gives the prize its name. He is joined by Liverpool music promoter, Steve Miller, the man behind club night EVOL, and Paul Rogers, head of content at Liverpool Football Club, a former music journalist who has interviewed a diverse selection of artists including Public Enemy and Kylie Minogue.

The final trio of judges is Craig G Pennington, editor and publisher of Bido Lito! -the Liverpool music magazine, Alexandra Topping, a Skelmersdale-born journalist for the Guardian, who writes about everything from gang violence to pop music, and Matt Wilkinson, new music editor on Britain’s most influential pop music platform, NME.

They will decide who is deserving of an incredible prize which includes recording time at Liverpool studio Sandhills Studio and a showcase at this year’s Sound City and Liverpool Music Week. The winners will also play a gig at Vice Magazine’s London bar The Old Blue Last, as well as having a promo shot by Virgin Media Shorts filmmaker of the Year nominee Ian Gamester to be screened at FACT, the city’s art house cinema and creative technologies centre.

The 12 nominees on the short list will be announced in the coming months and the winner announced at an awards ceremony in April.

“Renaissance pioneered a new form of clubbing alongside a brand new sound. Utilising stately homes and adding a regal zest to partying, they proved that clubbing need not be an experience in a dingy environment. And they did so by pushing an exciting new genre, a combination of the epic and ethereal trance and techno coming from mainland Europe with the rolling house grooves from over the Atlantic; Progressive House.”

In my day job I get to write press releases. From now on in I’ll start linking to some of them through the blog; and the first involves legendary DJ Sasha returning to Midlands based clubbing powerhouse Renaissance as they enter their twentieth year. Click on the quote.

What else do you need to know other than the legnedary juice crew will be in London on April 9th. Hip-hop royalty, the crew was founded in Queens by hip-hop producer extraordinaire Marley Marl Big Daddy Kane, Masta Ace, MC Shan, Craig G, Roxanne Shante and even Biz Mar-bloody-kie will be rocking out like it was still 1988.

Dopeness on a whole new level.

Great new video for Maribou State, who as well as this track have done a pretty decent skittering rerub of Lauryn Hill’s classic r&b jam ‘Doo Wop‘. Follow the soundcloud link here for that gem.

If you’re down the London ends on Friday 10th Febuary you can check them out at Chew the Fat, where they join a bill boasting MJ Cole, Foamo and Hot City, with Brigton bass emporium Well Rounded hosting the second room. Event details here, flyer below 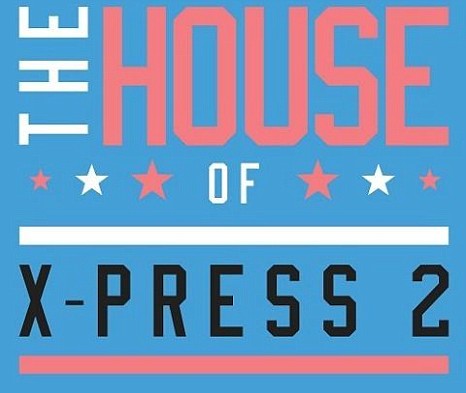 “As statements of intents go, this is the sound of the duo beating their fists and announcing their arrival through the speakers.”

The dons of druggy dancefloor moments X-press 2 drop a new album on Brighton super label Skint. peep the Data Transmission review I wrote on the quote above.

Oooh this is nice. Aussie deep don Late Nite tuff guy gets to grips with Quincy Jones’ classic ‘Summer in the City’ with an absolutely gorgeous languid track. It’s just turned Australia Day over there, where no doubt there is baking sunshine, so forget how snivelling your cold is, how grim the weather is and dissapear for seven minutes with this stunner.

Etta James passed away sadly last week, which means an interest in her music and their re-edits and reworks is inevitable. This though, from Somethinksounds leftfield Maestro Lucky Paul, on Xlr8r is pretty much damn amazing. To download go here.