Killer edit from Yousef, when this WHP mix dropped at the start of the year the online demand was ridiculous for this. It’s now available for free download. You can catch Yousef playing this murrh-fucker of a party in Carlisle over August Bank Holiday weekend as well when Uber go tits in a obscenely small terraced bar.

The Mixmag DJ Labs series has been a bit of a corker since it started, not least this episode from Disclosure which destroyed my productivity one Friday afternoon. I expect today’s instalment with Yousef and Dan Ghenacia, just in time for the pair playing together tonight at Circus in London tonight and Yousef taking centre stage in a Circus Residents Party at the Shipping Forecast tomorrow, to have equally bad rammifactaions on work levels.

For full details head on over to the Mixmag site for the full story. The fun starts at 4pm on a live Youtube Stream.

“Bringing that in this country? Norway!” It’s probably not what the customs officer said to Snoop Dogg when he was once again busted for bringing dope abroad. Surely he could just get a decent dealer wherever he goes, or put it on his rider like Steve Aoki?

Posted in Uncategorized and tagged Make my bud the chronic I wanna get fucked up, Snoop, Steve Aoki | Leave a Comment

“You come into our system that we have nurtured for the last 25 years, trick hardworking people into giving you their money, con honest promoters, take large sums of money out of the system and then spit back into our faces that YOU are tricking everyone.”

After DeadMau5 wrote this earlier in the week, A Guy Called Gerald decided to write this. Dance music is getting a lot more agressive these days.

Fortunately for Rich Furness John Candy isn’t from Liverpool, otherwise he would have some competition in the stakes of my favourite rotund scouser. One thing he has got over Candy though is the ability to put together off kilter mixes that thread a tapestry of odd and off kilter music; on this ensemble of skittering percussion, off kilter drum patterns and gnarling sonics he’s got segued in Girl Unit, Mele, tempa T and Justin Beiber.

“I can see if I’m rock bottom, ain’t nothing helping me, I’m fucked up in the game every which way – I’m gonna be on a mission, I’ve got to get on… I can’t be no derelict. That shit just wasn’t for me. I know other hustles, like this one… this rap game.”

Posted in Uncategorized and tagged Ego Trip, Nas, Straight up shit is real and any day could be your last in the jungle | Leave a Comment Posted in Videos and tagged Rave, scuba | Leave a Comment

This record is getting a lot of legs. The original was fire, Hot City gave it a jacking garage feel and now Massive Attack have gone and transformed it into a magnificent growler that is agressive, smoky and as atmospheric as you’d hope they’d turn one out. An absolute corker of a record. 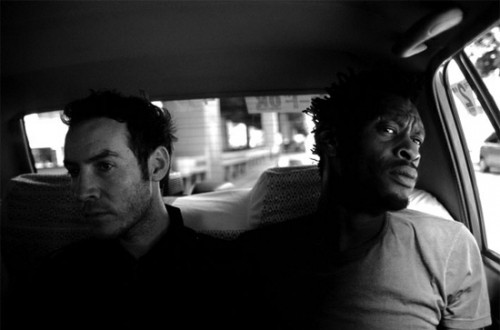 Three years on from Michael Jackson dying. No funny jokes, plain and simple rest in peace to an undoubted but highly troubled musical star

Posted in Videos and tagged Michael Jackson | Leave a Comment

After a rather hectic four day bender in Barcelona last week my serotonin resources have energised just in time for a double header at Salt Dogs this weekend. Both tonight and tomorrow I’ll be manning the ones and twos with the usual disco selection. Let these two videos from Shalamar , well more precisely Jeff Daniels on his todd, get you in the mood – they are easily the greatest dance performance from the 80s (he taught MJ everything). And probably the best alternative when your group ring in sick (lead singer Jody Watley was heavily pregnant at the time).

In fact he was so boss they brought him back again for a second stint a fortnight later!