One of the most influential men in hip-hop took his own life yesterday, Chris Lighty. As the man behind Violator entertainment, he helped make 50 Cent the mega-star he is today and also had a pivotal role in the work of LL Cool J, Jay-Z, De la Soul, Warren G and plenty more. This rather brilliant article on Complex sums up his industry shaking manoeuvres, including going head to head with Suge Knight.

Despite it being a student friendly pub and me being closer to 60 in appearance than their age, I’ve got a fondness for the Font on Arrad St in Liveprool due a long standing friendship with both the owners. Each year I create a playlist for them, split into two for the day and night, for them to lash on Spotify for their customers. I’m currently getting together the new one but you can catch both of last year’s below. There’s music form the likes of TLC, The XX, Toots and the Maytals, DMX and loads more on them both.

Posted in Uncategorized and tagged Arrad St Liverpool, DMX, Spotify, Student, The Font, The XX, TLC, Toots and the Maytals | Leave a Comment

Bondax – “Baby I Got That” (Official Video)

Justin Martin’s killer remix dropped last week on the free tip and now the video for this Bondax single is out. Instead of featuring the barely pubescent producers it goes for the James Bond opening sequence style visual, loads of attractive women viewed through the prism of water. It’s not particularly entertaining and sure to anger feminists, but it is a good tune.

Having been in Liverpool for twelve years, I can say first-hand how the city has had an uneasy relationship with disco. Despite it being the initial dance music genre and in a state of resurgence for the best part of a decade, it’s not often that the city has had success with events based around it. Archive had a glorious run, Theo Parrish and Chris Duckenfield being two stand out performers as well as being taught to line dance by Daniel Wang (on the dancefloor, not by him Djing). Discoteca Poca flirt with it quite brilliantly but essentially house underpins them, then Chibuku and Circus have had the odd party where it pokes it’s neck, the latter in particular utilising Greg Wilson as a resident not too long ago (and the afterparties where I played with Dash were great with funk, soul and disco permeating the fishtank in the magnet).

Essentially though it’s not always a winner, and having lost hundreds of my non existent at the time finances on pushing it at Pigeonhole Disco from 2008-2010, a tough one for promoters. Occasionally though you get a stone cold cert of a classic that you just know will transcend these issues, and PBD enlisting Nicky Siano for a party on the final day of August is one of them. A true bona fide legend whose impact on dance music as we know it is immeasurable, they have managed to get the older ‘now and again’ ravers excited and promise this in the gloriously intimate confines of Studio 2. Everything about it suggests the hallmarks of a classic. I’ll be reviewing the showcase for Ransom Note and if you want more details hit the Facebook link here.

Killer three tracker from Aashton & Swift entitled ‘Holy House’, which has a Beloved esque groover as the centrepiece. One of the tracks is available for free as well. I also wrote some nice words about it on Data Transmission.

“For me all the artists on Bullet Train are a priority and should strive to be bigger than the label. Bullet Train is just the vehicle to get the music to the greatest audience possible – but the artists should take the focus. A strong figure head is important but it’s also important that the artists have their own identity so they don’t just fall into someone else’s shadow.”

Baby I Got That (Justin Martin Endless Summer Remix)

There’s something of a sea change in the landscape of the UK. Those pesky buggers One Direction have made cougar culture rampant as teenage boys get the kind of female prospects people of my generation only found in discarded stuck-together rags in bushes, and dance music is certainly not immune either. Disclosure, the ridiculously young sibling duo, have managed to seduce the dancefloor without even thinking of using a Gillette Mach 3, and another sibling duo Bondax are similarly feted.

The Lancastrian teenagers have been making blissed out bass music instead of reaching for the white lightening, but here they benefit from an older hand (no, not another cougar) as Justin Martin continues his trajectory as one of the most evocative house producers of 2012. Free download as well, which means everyone celebrating their GCSE results can save more money for sweets, textbooks, M-kat or whatever else it is they spend it on.

Posted in Uncategorized and tagged Bondax, Justin Martin, One Direction | Leave a Comment 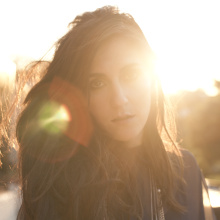 This great Nite Jewel cover is now available for download, courtesy of RCRDLBL.