“Voodoo in Liverpool was a huge influence for me. I was too young to go in its heyday in the 90’s, but I was lucky enough to go in the last decade, and even had the good fortune of playing a few. Had some of the best nights of my life there, including seeing Galaxy 2 Galaxy live which was particularly awe-inspiring”

Liverpool techno and house DJ John Heckle waxes lyrical with The Ransom Note ahead of his gig with Secretsundaze on Sunday, and the interview is well worth a read. The above quote relates to the influence of seminal Liverpool clubnight Voodoo as well, which returns after recently being beset by tragedy later this year with Jeff Mills (another key subject during the interview) headlining with a four hour set. Full details of that are here.

I was lucky enough to also be at that particular Voodoo he mentions with Galaxy to Galaxy, and it’s still to this date the finest two hours of music I have ever heard. I also interviewed Underground resistance prior to the show despite not knowing that much about them, which is avaiable on the old Plastic Soup archives. You can stream John’s raw as you like house masterclass courtesy of FACT below as well.

I absolutely LOVE ‘Bump & grind’ by R Kelly. You might have read my previous love letter to the track, but now a brand new edit of it is out riding that whole funky, 90s garage and house sound that is so popular right now. This is definitely not one for the chin-strokers, but it is a proper, proper fun record that understandably has had a huge response at Festivals where more often than not everyone just wants to get off their nut and be happy. And this is perfect for that.

Stream from the soundcloud below, and to download go to Waze & Odyssey’s website where you’ll be asked to pay with a tweet. And why wouldn’t you want to do that? Props to BnB as well for sending me in the direction of the track in the first place as well.

Follow the link. It also includes amazing album covers like the Pen & Pixel atrocity from Big Bear and press shots of awful looking rappers like The Teriyaki Boyz below. ODB brethren Shorty Shit Stain gets a mention too, which is never a bad thing.

I’ve got my first London gig in just over five years on Halloween weekend, playing for 90s party-starters Pump up the Volume. It’s the fourth time I’ve played for PUTV, doing two festival gigs last year for them at Latitude and Isle of Wight last year and one show in the Shipping Forecast for them in march this year. But this will be me coming to their London centrepiece, and I’ll be alongside Tayo, main resident Wang Chung and Toby Williams. Facebook event details here.

I may even (gulp) record a mix to promote this gig, but I did get together a Spotify playlist chart based on my festival performances last year. Stream that below.

The utterly brilliant Complex Mag is pretty much an essential read for hip-hop fans, and in amongst the articles worth checking is this one from nearly 18 months ago which focuses on the 50 greatest beef songs in hip-hop. All the usual suspects are in here, 2Pac, KRS, LL, Eminem, 50 Cent and Dr Dre, and it’s difficult to agree with the top slot really for what is one of the greatest attacks of savagery on a career ever. Despite what popular opinion stateside may ahve attributed the winner of that beef to. Dig in here. Bone Thugs have been back on my mind recently. The cleveland quartet (or quintet, when Flesh was on board properly back in the Creepin on Ah Come Up era) were the group that got me into hip-hop, when I got an old C90 copy of this album. I was blown away – I’d been a fan due to ‘Crossroads’ but suddenly I was emerged into this strange world which combined the usual trappings of gangster rap with a sinister look at the occult and super fast delivery combined with vocal harmonising. No-one in music full stop sounded anything like them and it was enough to kick-start an obsessive love affair with music that sixteen years later is still going strong. The other main single of that album was of course ‘1st of tha Month’.

I’m spending a lot of time listening to old hip-hop albums recently and so last week put this on the CD player whilst I cooked and ate my dinner. The first thing I noticed is how ridiculously dated the production is on this, mostly courtesy of DJ U-Neek. It’s proper saccharine west coast material, which makes the whole album as a whole a little bit difficult to listen to in 2012. that said, it was exactly the thing that made it so engrossing back in 1996 when it was the essential accompaniment to this awful yellow Nike puffa jacket I used to wear, and my favourite track back then ‘Mo Murda’ still sounds brilliant.

The one thing that is awesome though on the album is the way they work lyrically. Although they were fast a lot of the time, the way in which they combine that with harmonising is still pretty impressive and although Bizzy Bone sounds a lot like some kind of weird gremlin a lot of the time, when he isn’t going all gospel he is fantastic. And Krayzie Bone is quite something, that gravelly voice interlocking everything together.

Their acapella tracks are also brilliant, ‘Me Killa’ and ‘Mr Ouija II’, and would be great basis for producers to re-interpret them in modern music. hopefully that is what Deadboy was discussing when I interviewed him for Ransom Note earlier in the year. Check the above version of the album’s title track by 3:33 as well for a modern take on the Bone Thugs template which shows that stripped of the dated 90s rnb vibes Bone Thugs can sound sinisterly brilliant. 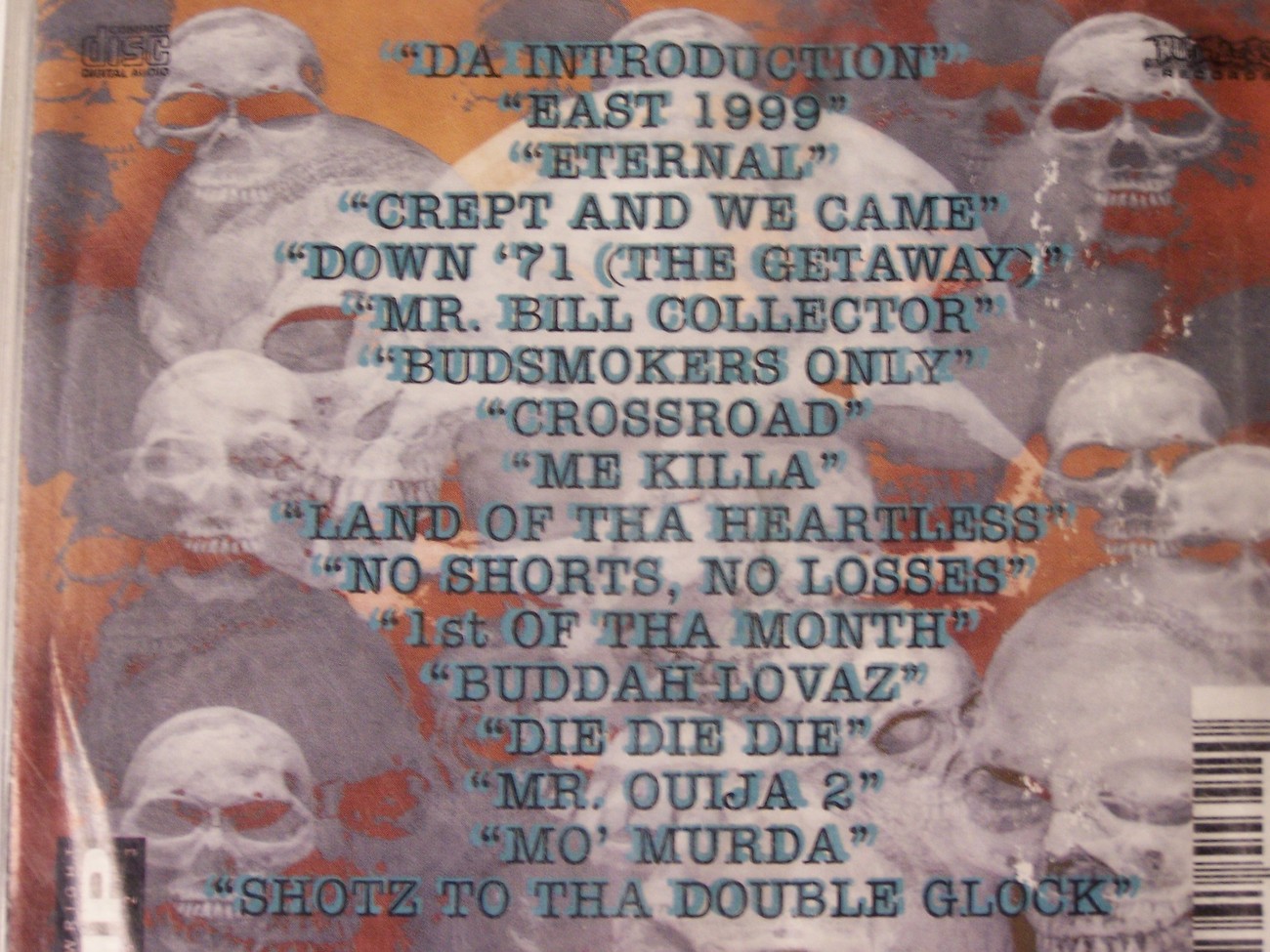 Brand new Jessie Ware video to the stunning single ‘Night Light’, which is of course over the simply beautiful ‘Devotion’ which she released earlier this year. Check my review or better yet, head straight over to Spotify and let the album flow through your ears.