The above is perhaps of the best Documentaries ever made yet is unlikely to be shown on British Main-stream TV.

Halloween is the one day of the year that ‘The Monsters walk amongst us’ yet in 2012; the UK population have dealt with revelations on almost a weekly basis have been revealed that something exists at core establishments of Britannia deliberately hidden but now raising like Zombies from ‘The Underworld’.

Even after all the above 8 things that have so far occurred in 2012, the below has really shocked the UK out of it’s collective self-obsessed vanity…

Due to the breakdown of commUNITY in the UK & the introduction of individualism via consumerism principally in Fashion , it’s created millions of idiots whom simply exist within their own little words believing New Era Baseball Cap’s from JD Sports are the height of sophistication (I’ve sadly encountered individuals whom believe this) or those rare individuals whom have achieved fame possibly by being total apex-sycophants.

You’re lucky, I didn’t locate a HD Version of the below ‘orror show…

If you want a laugh, the next time a person you know goes on about how wonderful Geordie Pop Dollybird – Cheryl Cole is simply say the negative opposite. The reaction caused will be as if you’ve insulted a close member of their immediate family & that’s my point.

The worse Monsters are those whom are regularly on OUR Television Screens or deemed respectful due to elite status in British Society. Yet, due to welcoming them in our home via ‘portals’ (TV, Radio, Computer, Printed Media & Music Devices) we allow a magick trick to be played on us that manipulates our lives.

The Freemasonic Order believe that every Brother should strife to ‘become a complete Cube’ yet in the mystic religion currently Hollyweird favourite The Kabbalah Satan is represented as a Box?

According to legend, before his fall from Paradise. Satan was Lieutenant General meaning he was chief enforcer of God yet his rigidity bored along with possibly frightening his creator. The story continues that Humanity was created as a remix having the creativity of God but NOT the magick therefore delivering balance to existence.

The 1st issue of dispute came according to West African myths when Humans began making Music as Satan was confused that it was both simplistic yet also complex.
This puzzlement eventually turned into a passionate hate ‘hell-bent’ on causing the destruction of humanity.

Urban Legend claims the actor Hugo Weaving used this West African myth as the basis for his portrayal as ‘Agent Smith’ in The Matrix trilogy.

Now on this Halloween day, you have the choice to be aware of ‘The Box’ if not then unwittingly become imprisoned by those whom serve it..!!

Please feel free to check the complete index of my articles: Click here.

This article isn’t against Halloween as a celebration personally I like it, you can be serious & silly. Have a great night. 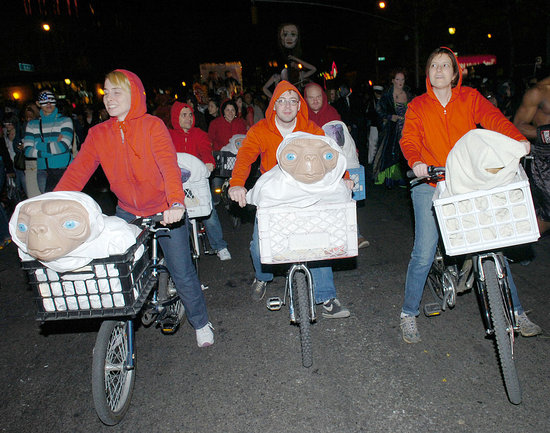 Wet your Self is a London party that extends the weekend at Fabric, and as a record label they’ve put some time into pushing the kind of house and techno that works well when reality is best put off for a while. here they bring another release out from duo App (who’s Marc Houle remixed ‘All I Can Think About’ also graced the imprint), and whilst their original and the Thomas Muller remixed versions of ‘Breathe Love’ are adequate enough, it’s all about the Fabrizio Maurizi version.

The one time Minus starlet strips everything back to some bare beats and clunking metallic noises, with a gently whirling melody in the background hinting at what’s to come. Whilst never overly spectacular in it’s inception, there’s still enough to hint where it’s heading with the subtle interweaving of the vocal. By the time the atsmphere takes a decidely more interesting twist around the four minute mark Fabrizio has hooked you in with a brilliantly produced clunking rhythm to create one of those records that when dropped by a DJ, really let you know they are in control.

Bonus track falling adds some lovely pads to an impossibly long groove and a pining Dave Gahan esque vocal, but it’s all about the way Maurizi plucks ‘Breathe Love’ from obscurity to near essential territory. Fans of the way Johnny D makes expert usesof meandering vocals and delicately nagging urgent beats will lap this up.

Tim Mason is coming to Liverpool on Saturday 24th November for deadWrong. The self styled ‘party for the messy kids’ is bring the Size records talisman whose big room sounds have recently been a fixture of the dance music explosion in the states. Dig the mix of him closing Cream Ibiza’s eighteenth birthday below for a sneak preview of his sounds.

If you are into deep electronics you could do worse than check out this natty EP from Tom Ellis on Barcelona’s Indigo Raw label. A three tracker of delicate and intricate grooves, there’s the shuffling swing of ‘Minds on Music’ which gyrates pleasantly with a ever so slightly sinister melancholy underneath it all, harking back to some of the more wistful moments of Herbert at his early noughties heyday. ‘Go Through Me’ is a slightly more muscular offering, with a very gentle vocal breezily adding a sense of pace to proceedings.

For me though it’s all about ‘Backwoods’, which breaks out from the edgey electronics and rippling kickdrums to make excellent use of a yearning vocal pointing out that ‘we’re not gonna mend it’. You’d be forgiven for thinking that with the bleak relationship outlook the vocal underpins and the often quite stark and snappy computer vibe striding underneath the garage house amalgam that this is quite dark, but somehow there’s a real sense of charm that almost swoons at the listener. This is the kind of smart and interesting music that will bolster the more forward thinking warm-ups in clubs or the DJs who know how to craft mixes that take dancefloor funk for a headphones at home experience. Definitely worth checking.

Bass music has a myriad of forms. There’s the off kilter genius of the likes of Jamie XX and Burial, the hooky toils with pop and drum patterns SBTRKT expertly weave and then the face melt histrionics the likes of Bassnectar and Skrillex specialise in. Either way it all boils down to the sound of the youth of now, and South Central are particularly good at bringing the kind of headfuck amalgamations that only the most fearless of the ravers out there love.

i’m due to interview the duo shortly, but ahead here is a quick round-up of everything going on in their world right now to introduce you to the crew. The above is their remix of Drumsound & Bassline Smith’s Hadouken collab ‘Daylight’ whilst below features another speaker shredding rework this time of DJ Fresh (who they support later on in the year).

once the interview is live I’ll post the link up here, but you can catch the duo in any of the following UK dates

So these three are working together. No biggie.

Brand new review over on Data Transmission; this time from Leeds boy Darius Syrossian who has been the dark horse of 2012. Well worth checking. Out on Halloween.

The reward according to some was unlimited budgets & total creative control to make any genre of Motion Picture he wished yet the downside was realizing that at any moment on the whim of very powerful paranoid individuals he could be ‘whacked’.
This can explain why Kubrick decided to leave America (self-exile) & see his day’s in a classic English Country Manor just outside London.

When 2012 is looked backed in 25 years time, the future British Population might not view it as the year of ‘Olympic Triumph’, instead the name Sir Jimmy Savile will be directed linked as the main social event.

One could even say that the 2012 Olympic Games of London was The Dream whilst the sensational revelations on Sir Jimmy’s lifestyle provides disturbing reality of the Elites whom control Britannia.

For those whom aren’t British therefore unaware of the influence that Sir Jimmy Savile had in British Culture, the following isn’t pleasant yet essential, if we wish to become free.

In the collective works of William Shakespeare, one thing is constant that of the role of the Court Jester using humour as a means of delivering insightful truth & sly attacks on those in power. Yet, due to being viewed as a Clown evades severe punishment.

The contemporary version could be Chris Morris like Kubrick, he’s a genius recluse Film Director.

On the same Radio Station that Sir Jimmy Savile made his name decades earlier, Morris made a highly cryptic statement in a 1994 Boxing Day Special which lead to legal action being taken against the station by their former employee.

I decided to re-watch a 2001 TV Special that Morris did recently & found unsettling hints on possible behaviours of several well known individuals. Some being blatantly obvious others being more cleverly hidden in plain view.


People might say the typical – “What, do you want me to do?” response, well my answer being knowledge is the key also understanding those whom are regularly on our TV Screens might not be as clean-cut as they wish to be seen.

Stop worshipping Celebrity as this shall always lead to corruption.

“Every place has its own style of music or its own way to react to music and that is what is so inspiring about all this. There are places I go and beforehand I’m working on music specifically for that place and those people – music that is inspired by my experiences, that I feel belongs to these places.”

I spoke to Guy J ahead of him dropping by the Egg in London this weekend for Circus for Data Transmission, clicking on the quote as ever takes you straight to the feature.

The event in question is the launch party for Yousef’s sophomore album ‘A Product of Your Environment’, with Yousef and Guy joined by Luca Bachetti, Jon Rundell and Lewis Boardman.

Yousef also recently released two videos, one which previously got a mention here and the other for ‘For the Terraces’ which takes in the sunk issed shores of Ibiza, a certainly different approach to the Liverpool focused approach on ‘Feel the Same thing’. Check that out below.

This weekend I am rocking up in London for Pump up the Volume, alongside headliner Tayo for the final set of the night. It’s a 90s revival party and it’s fancy dress, it will be beyond ridiculous and now there’s a natty DJ mix from the PUTV crew to promote it which you can stream below.

Want further information? Head on over to my previous post explaining it in full detail.