“It’s so fitting that one of the cornerstones of the modern clubbing environment can be so expertly helmed by one of the greatest tastemakers we’ve ever known, turning in a career high point from a career based on them.”

Wow. Just wow. Read the review above, listen to the below mix and bask in the glory of the greatest of all time.

The joy of music in this day and age is that so much of it sweeps you by; it’s a far cry from the days of realising every hot track when it comes out. So a good year or two after it was created I stumbled upon this absolute gem today, a gorgeous edit from World of Mercury of Marvin Gaye covering the eponymous ‘Sunny’. It’s 11:11am, maybe the world is going to end. if so I want this to be the final track. 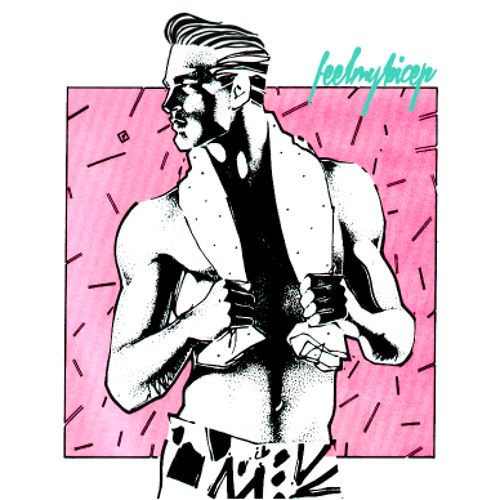 circus London closes of 2012 in the capital with a rather natty party on the 22nd December. Naturally Yousef is at the helm, but Hot Creations henchman Lee Foss and techno troubadour Matador will also be featuring. The latter, in case you forgot, was behind this monstrosity of fear last year. Strobetastic techno for those wanting a pre Christmas rave.

“This was always about the inescapable rise of one of the best DJs on the planet in a room befitting the ridiculously huge appeal of his sound. In terms of epic raves in the time-honoured tradition of Ibiza clubs, German festivals, Italian beaches and British car parks this was as good as it gets.”

The (printable) details of my recent trip to see the Goa experience in Fabrik, Madrid is now live on Pulse. Click on the quote as usual.

We love ol Jessie! And she’s got a new video which follows the Bugsy Malone template of featuring kids in her stead, with a cute Jessie and Julio Bashmore in the mix who produced the cut. Which reminds us of this brilliant way of glossing over the fact Biggie couldn’t appear in the video to single ‘Sky’s the Limit’.

Lovely five tracker on Fiakun from US producer Cesar Coronado with one original, one remix and three detectable edits. The original is Voodoo, and that is a slab of shuffling oh so now house music that is heavy on groove and the kind of whispered, hushed vocals that are the cornerstone of the Visonquest sound. If you like lovely banging deep house and don’t furrow your brow in disgust at bandwagons you will love this.

That gets remixed to decent effect with a deeper focus from Berlin badboy Till von Sein, whilst Edit 2 adds a crunchy electronic backing for use of Robin S’ ‘Show me Love’. If you’re still part of the anti bandwagon brigade this should send you into overload, but as cheeky bits of fun go it’s pretty useable and worth a punt. The remix-cum-cover on Edit #4 of Kylie’s slow is a sleazier take on pop and worth a go, whilst Dixie Youre drops a cooler mix of ‘Edit #2’. Out now and worth checking.

I LOVE Discoteca Poca, I really do. I don;t go out much in Liveprool any more raving due to the fact that being far too embedded beyond the regular raving age of late twenties means I do it less frequently further afield, but when I do it’s usually here. Ewan Pearson and Dyed Soundorom have serenaded my ears there in the past brilliantly and the other guests have been especially stupendous, Andrew Weatherall, Maurice Fulton and Tiger & Woods among them. Berlin badboy Prosumer though might just be the best of the lot.

The now soon to be ex resident of Panoramabar is one of the best house jocks on the planet, and as far as gloriously intimate clubnights soundtracked by the masters go this has some real vintage appeal lavished upon it. He’s something of an educated and eloquent observer of music (check this interview where he retains his elegance despite being given the EDM prefix), particularly given his moniker mines Toffler’s theory of the juxtaposition of producer and consumer in the future, but nowhere is this warmth and intelligence best manifested than his DJ sets. The tickets are flying out for this show understandably but you can catch them while they are still available at Skiddle. Swerve buying your uncle those socks.

Disclosure turn in an awesome remix of the Artful Dodger pop classic to round off a simply scintillating year for the duo. Expect global domination to follow in 2013.