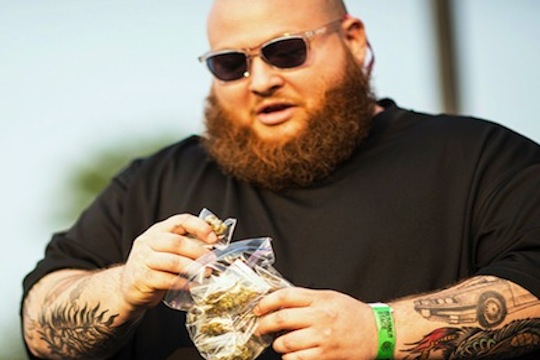 Posted in Videos and tagged ACTiON BRONSON | Leave a Comment

Five for the Funk – Salt Dogs turns One

This weekend Salt Dog Slims and Bar 81 turns one. There’s a mahoosive hot dog competition kicking off in Salts from 5pm with the promise of free beer and the guarantee all weekend of joviality and japes wherever you stumble. Having been resident for near enough the entirety of that year I thought I’d throw some five for the funk love their way to celebrate, and pull up arguably the five biggest bangers that have been part of my repertoire since I started playing.

It’s been a load of fun along the way, and a good challenge adopting to a different kind of vibe than the all out rowdiness of Bumper and the mercurial fun of the Metropolitan (RIP), which were my other bar based residencies in the city of the past few years. Here’s to another year.

Everyone loves a bit of old classic rock and roll, and everyone loves this. Straight out of the American Graffiti soundtrack, this is a majestic two and a half minutes of hip shaking greatness.

Those stuttering stabs at the beginning make way for one of the most recognisable and gorgeous disco records, with the lyrics as playful and infectious as they get from the genre. ‘Doesn’t take much to make me happy starts an ode to love that is tailor made for Saturday nights. Corker.

Aggressive hip-hop is the last thing that works, so I tend to run with some of the records that have been recognisable samples such as Charles Wright’s ‘Express Yourself’, The Isley’s ‘Footsteps in the Dark’ and Lou Reed’s ‘Take a Walk on the Wild Side’.

This one though, famously used for the vitriolic cartoon ‘Gz & Hustlaz’ by Snoop back when he was a Doggy Dogg, is a personal favourite. It’s also just about the right side of weird.

Although it was sampled into a pop-house classic by Vito Lucente aka Junior Jack under his Room 5 guise, sound-tracking a Lynx advert en route to topping the charts in 2002, this jam was an eighties funk classic that made it onto compilations for Electric Chair and GTA, and prior to its ubiquity was a record the soul heads digged.

The bassline is gloriously seductive and the lyrics epitomise the carefree escapism that comes round once the working week is over. Whilst Room 5 would make the riff of ‘I like to party, everybody does’ as the centrepiece, the shrieking ‘I can’t wait for the weekend to begin’ would also become part of Micheal Gray’s ‘The Weekend’. Olly was there first, and best.

What a tune. The biggest thing that makes this amazing is the fact that not everyone gets onto it straight away when it comes on. There’s that wee bit of calm and then a surge of recognition from most people, but it’s never, ever, uniform. There’s always that kind of infectiousness though with people that even if you don’t understand a record, when you see plenty of other people get involved you kind of just go with it, especially as this isn’t a tune that gets played early on. And then slowly it gets more and more dramatic, and then that riff kicks in.

I love Fleetwood Mac and adore Rumours even more, I don’t think there’s been a DJ set in the past few years where I’ve not played at least one record by them and it usually comes off of that album. Everyone gushes about the Stones, but I reckon they’re the best living band at present. And this is the best record they’ve done.