Archive for the tag “Carl Cox”

I admit it, I full on miss Nate Dogg.

Somewhere between the ideas of guilty pleasure and full on hero worship, I reckon there’s a part of your musical tastes where favouritism completely swings your judgement. You know when you know full well the Beatles are the better band but you just kind of like the Kinks that little bit more? Or knowing Carl Cox is a superior DJ but really, you’d much rather go and see someone like Reboot? It’s when for whatever reason someone who is actually very good at music has a characteristic or quality that elevates their talent in your eyes to near mythical proportions. This is how I feel when I hear Nate Dogg’s voice.

Aside from the odd exception (the above being a standout example) Nate was very rarely much kop by himself, instead the kind of aural butter that drenched the bread of others beautifully. But by god did his presence completely lift a record. The amount of times he completely outshone rappers on wax is monumental, from the moment he announced his voice to the mainstream on ‘Regulate’ to the his scene stealing moments on ‘The Chronic‘ and ‘Doggystyle‘. He stood toe to toe with the west coast brethren he grew up with, added a honey coated zeal to ‘proper’ emcees like Ghostface Killah, Mos Def and Pharaohe Monch and made misogyny sound so sweet even Emmeline Pankhurst would have had a wide-on. Peep the below for an example.

I’ve djed on an amateur and professional basis now for just shy of a decade, and the only time I’ve ever come close to the emotion I experienced during a mini-tribute after Nate passed last year was at a memorial night for a close friend. It’s unnerving to a degree how much the death of someone I never knew can affect me, especially considering that his input on the music I love is really a footnote. The talent of Biggie and Big L still makes the hair stand on the back of my neck but I never get actually emotional about him no longer being here. Yet the fact this rotund hoe-hating troubadour is no longer with us actually makes me sad. It’s ridiculous but in a way quite endearing.

There’s other ways in which he provokes a smile really, check out this footage below of him chasing someone with a golf club (with a beyond awesome cameo from Method Man and Wu). Which pretty much sums up Nate, who turned the frankly ridiculous into something beyond sublime. Just like namesake and brother from another mother Snoop, he brought a fun loving freestyle sheen to hip-hop which made borderline disgusting themes humorous and amiable. The P.I.M.P. soccermums could dig. We’ll never have a voice quite like it again in music. 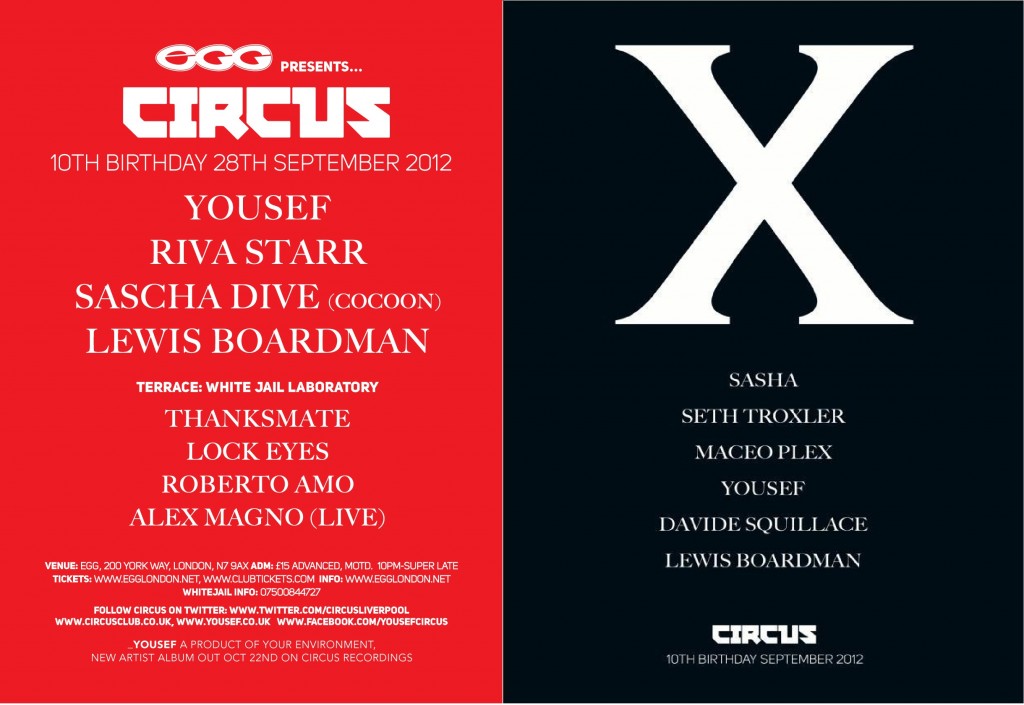 “He has a boundless enthusiasm for people and music. He genuinely cares about the party and wants everyone to have a good time. If the party does not rock he would take it very personally, which is why you will never see a Carl Cox gig not rock. He won’t have it!”

Big Yousef Interview with Beatsandbeyond discussing all kinds of shizzel from Circus to Uber, WHP and even Carl Cox turning fifty.

“Fantazia, Castle Donington 1993, Jem Haynes, Public Enemy, James Brown, Grooverider, The Prodigy, Leftfield and Carl Cox. I would have to play Knights of the Jaguar by DJ Rolando even though it wasn’t made yet! IMAGINE!”

Follow the above quote to see the interview that dropped just before Christmas with We Love resident and house lothario Jem Haynes. Easily the best answer to one of my ‘dream situation’ questions yet!