Archive for the tag “Circus” 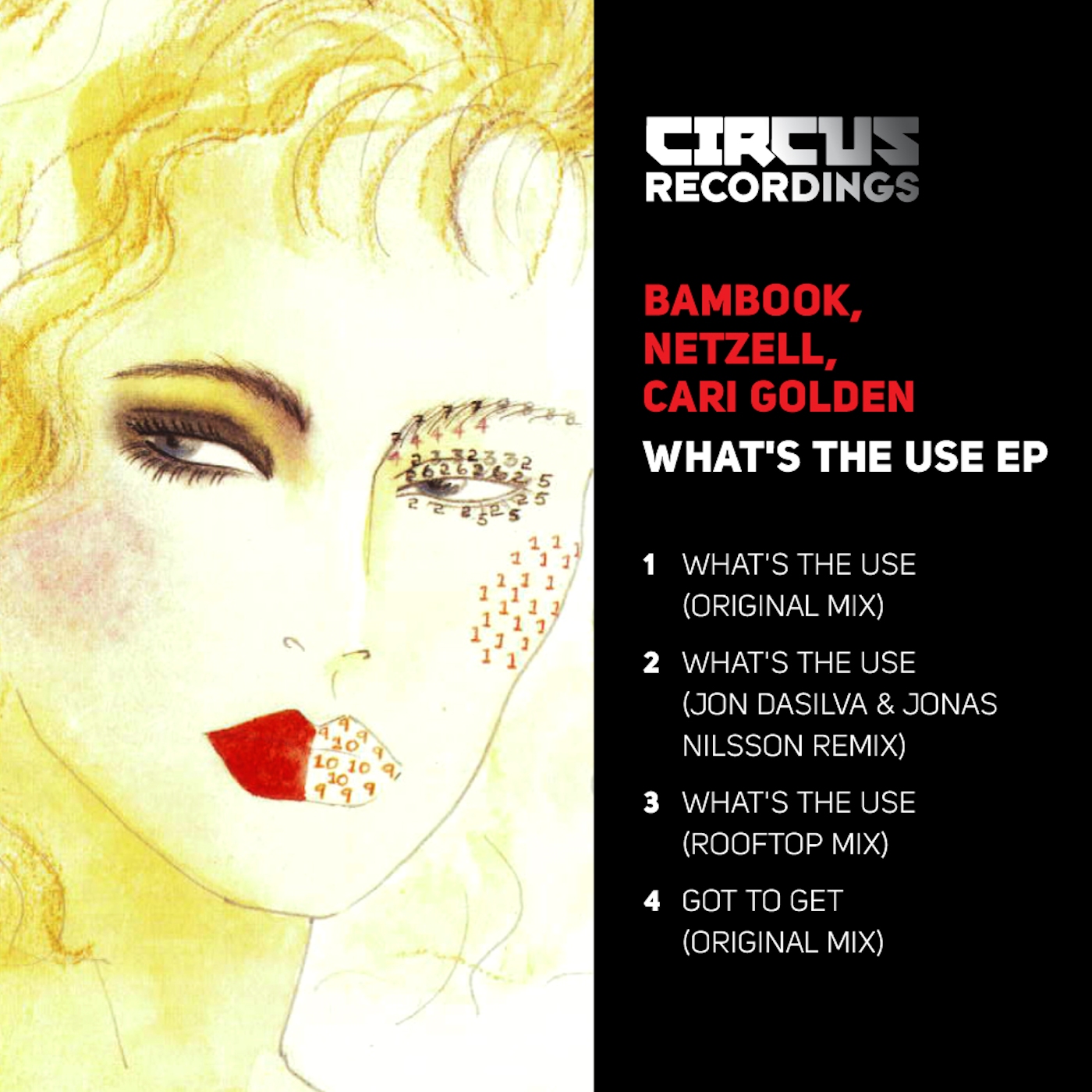 “Rolling effortlessly, it’s juxtaposition of the track’s incessant charm and immediacy with Golden’s spoken word delivery is the key to its success, particularly the similarity her delivery draws with the infamous stalker on Lil Louis’ timeless ‘I called You’. It’s not hard to see why Maceo Plex built many of his stadium slaying sets of last year around it.”

Circus recordings continues a fine run of form with a bamboozler from Bambook and Netzell, Cari Golden delivering a great spoken word vocal. The clubnight has a couple of crackers lined up for Easter Weekend as well, Good Friday at Egg London and then the Camp & Furnace up here in Liverpool for Easter Sunday.

And this recent set from Yousef at Circus is something of an instant classic.

“I can honestly say I don’t have much of an idea; I don’t play with any of the EDM guys at all. I tour the house and techno clubs in North America and there are some really amazing places to play. In L.A I like to play warehouse parties downtown, they’re done really well and have a really European feel to it. People like DJ Harvey & Doc Martin have been putting on parties here for years and I’ve gotta say they’re some of the best parties in the world. It’s just about great vibes.”

hit the quote for the interview.

Circus resident Lewis Boardman gets the full night focus in the first Circus of 2013 in its native Liverpool, playing five hours in the Hold of the Shipping Forecast tomorrow evening. The below promo mix gives an indication of what to expect. Full details here.

“Throw in some scratches, wisely used vocals and the presence of that oh so smart drum work underneath and you’ve got a record that appeases the true heads, bang on trend in terms of reference point for sample but utilising one so timeless it’s hard to see this sounding tired or played out.”

David Glass has got a new EP out on Circus Recordings, click my quote above to see the review. It is ALL about the Nas sampling track ‘Tell the People’ however, an absolute humdinger of a house groove which lifts some brilliant Large pro production. Beatport link here. 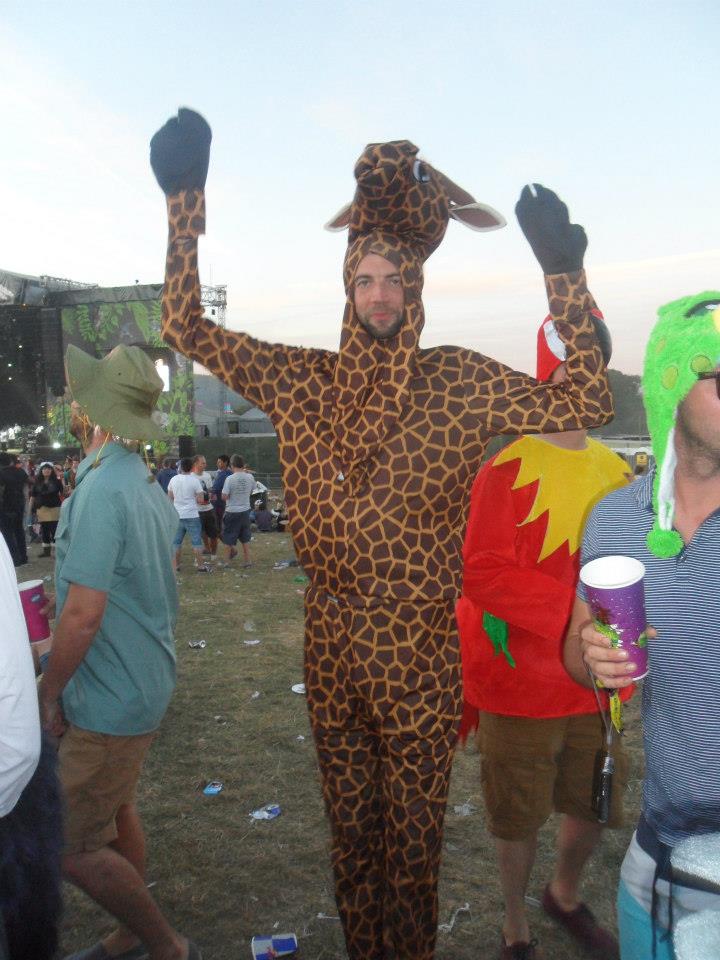 We’ve shown love to a tiny Liverpool DJ this week, now it’s time to throw some gushing words towards someone who is the complete opposite, Chris McGee. A bit of a legend on the local scene, his forages into the world of DJing over the past few years ahve seen him play for Hustle, Coco de Mer and now Circus, this recent set a recording of his début there on Boxing Night.

Circus’s next event in the city involves resident Lewis Boardman at the helm for five hours in the Shipping Forecast, whilst down in that there London Yousef invites Circo loco badman DJ W!ld and leftfield funker Jesse Rose up to the platter. Ticket details just here. 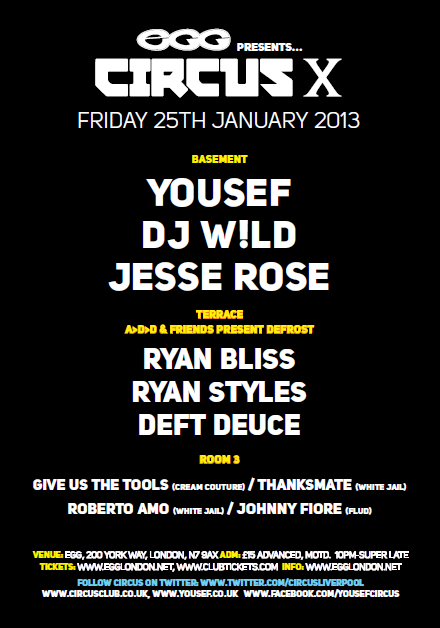 Yousef’s 21st Century House Music radio show is always a great vantage point to check out some of the killer tracks around in house music, but the latest instalment is a bit different in that it featured an hour from his set at Circus‘ Boxing Day showcase at the Camp & Furnace. An extra hour has been added to it from soundcloud and the result is a cracker, particularly the way it builds gently from melodic and deep house. No chat, just grooves and grooves. Dig it below. 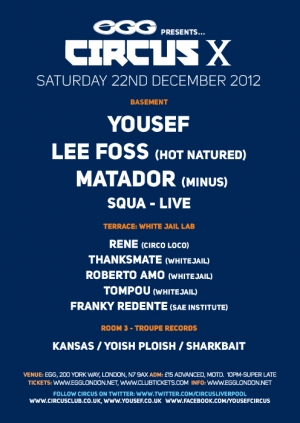 circus London closes of 2012 in the capital with a rather natty party on the 22nd December. Naturally Yousef is at the helm, but Hot Creations henchman Lee Foss and techno troubadour Matador will also be featuring. The latter, in case you forgot, was behind this monstrosity of fear last year. Strobetastic techno for those wanting a pre Christmas rave. 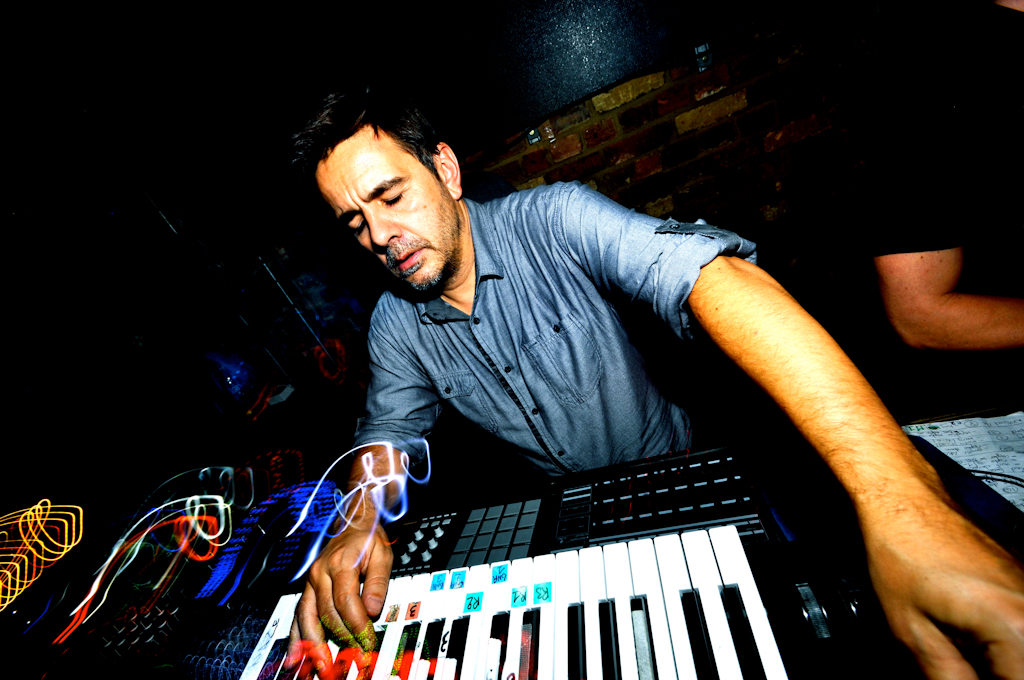 “Ibiza is forever changing, and evolving. This summer was great, Circo Loco was our favourite party, great vibe there this year but there were nights like Enter, Music On and El Row that bought something fresh to the table. Also a lot more daytime/beach parties this year which is great as you cant beat partying outside in the sun.”

First ever article up on Pulse, speaking to Acid Mondays ahead of them playing for Circus in Liverpool and London this month. Hit the quote as usual. Exclusive mix with the story as well.

Circus has not one but two of the final ever dates of Laurent Garnier’s LBS project lined up for one memorable weekend at the end of the month. Head down to London on the Friday 30th November where they have him on at the Egg alongside Yousef and Acid Mondays, with Saturday 1st in Liverpool Julio Bashmore, Guti and HotSince82 among the starlets. For the latter you can pick NUS tickets up at my favourite Boozer; the Font.

LG is of course arguably the most mesmerisingly brilliant DJ of all time, a true master who brings an effortless guile and flair to his signature style of trance tinged melody drenched techno which has the capacity to steer towards more eclectic territories. The LBS project sees him interpolating live elements into his DJ sets to usual rapturous responses (although I witnessed loads of mullteed Spanish whopper departing at set at Timewarp in disgust due to him playing dubstep), but he has recently announced 2012 will be the end of it. Which is sad!

Anyway if you’re in the capital of the country or the capital of boss over this weekend then you’d be worse placed than to take part in this epic slab of historical raving. When he drops this it might even make you cry.