Archive for the tag “Daft Punk”

FACT are currently doing an exhibition focusing on music videos, soemthing that runs till Sunday 26th May but with the weather being like it is now, probably as far as I’m willing to leave my flat this weekend (I live right by it). Part of the exhibition focuses on the history of dance, and so in honour this week’s Five for the Funk is all about dance music videos.

Don’t worry, none of the ones here are included at FACT (although artists and directors are, creativity in the realms doesn’t appear to be that spread out) and I’ve also thrown some love to one or two that aren’t particularly arty. And one that is just awful. Enjoy!

Whilst director Michel Gondry is rightly lauded for his masterpiece effort on Daft Punk’s ‘Around the World’ (featured at FACT), he took the same principle of focusing on the components of a dance music record to create this lush video for Star Guitar. The terrain and passing vehicles are among the visual juxtapositions that reference each introduction of sound the record weaves in.

It’s a delightfully subtle counterpart to the Chem’s stage shows of blistering audio-visual bombast as well, reflective of the fact the track itself was much more languid than their previous offerings. A thoroughly hypnotizing opus that flips the challenge possessed in visualising instrumental music.

Basement Jaxx ‘Where’s your head at’

Taken from round about the same time as Star Guitar, this riotous slab of loon-house simply wouldn’t have worked with a subtle and deft video. So they go for an absolutely nuts one, involving the fusion of pop stars with monkeys to create a musician/hominoid abomination. You could argue there is a meaning to all this as some critique of the music industry, but the best thing to do is just watch it and embrace the madness.

This is never going to win any awards, either as a record or as a video, but this sums up the mainstream Ibiza experience of the 90s in a nutshell. A scantily clad Morales boards a train on which he sees Sonique and Judge Jules, and then proceeds around the island via villas, couples kissing on the beach and, of course, DJing at Pacha. The track is just incessant sunshine as well, not as raw as ‘The Bomb‘ but an undeniable summertime anthem. But he’s running a lot? What is it about dance music videos and running?

He remade it two years later with a vocal and a new video, this time eschewing those red trunks for an awful ribbed white long sleeved t-shirt, but it wasn’t the same. In fact the only remake worth watching is this one.

From the sublime to the insane and the feel-good, to the just downright horrendous. I’ll admit it, as an eighteen year old slowly putting puberty behind me I loved this record, but even then I was pretty baffled by the video. We see a DJ with terrible hair and even worse headphones sitting off by a public landmark, one can only assume this is pop-trance maestro Darude. Then a girl runs out with a silver briefcase clasped in her hand, only to be chased by a bald man and another woman. They all look like they’re dressed like lifeguards.

The chase goes on, occasionally interspersing the shots with barking dogs, Darude looking cool inside a car with some lime green wraparound shades and a series of brilliant slow motion snippets of them jumping. None of it ever relates to any rhythmic structure of the music, they do slow down slightly in the breakdown only to start running again before the beat kicks in again, and finally the bald man catches up his prey only to be double crossed by his partner who leaves him for dead on a train track. There’s always people running as well; why?

The two women skip off, yes skip, together hand in hand to be met by Darude at a private yacht, where they are seen lounging back with him in a brief pimp like clinch. Is the briefcase Darude’s record collection? The cure for cancer? Marsellus Wallace’s soul? Nope, it’s just evidence of electronic music’s capability to occasionally avoid creativity.

When this was originally released on Soma records in 1995 few would of predicted the position we would be in now, where a 13 second loop and a photo of two helmets can send the internet into raptures. However Daft Punk and of course Virgin behind them clearly recognised the bigger picture when installing Spike Jonze to direct this video accompaniment to the tough as you like house hip-hop hybrid. In the process, they’ve created arguably the greatest video accompaniment the most visually entrancing electronic music act ever made.

What makes it so enduring is the almost complete irrelevance the music plays to the track. The only link is the fact it’s playing from the boom-box of the protagonist, a human with a dog’s head called Charles. Said radio prevents Charles from following a potentially romantic get-up with an old friend he meets in a shop, but the total ambiguity about what it represent symbolises that even at an early stage, Daft Punk understood that restraint was the best way to create mystique – leaving a sea of questions rather than shaping the answers. Take note Darude.

The FACT exhibition runs up until Sunday 26th May. Full details here. 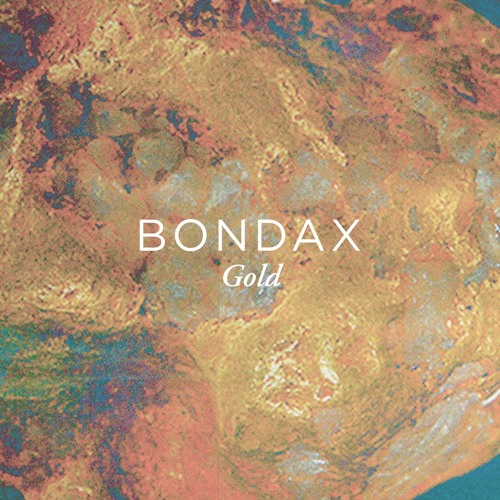 “Echoing the point at the turn of the century when daytime radio was filled with playful pop informed electronica, spearheaded by Daft Punk’s colossus ‘Discovery’, the sample histrionics of the Avalanches, crystalline charm of Royksopp and the downright gleeful escapism of Junior Senior, we’ve got things good again.”

New Daft Punk album due in May

Apparently it’s official; the Gallic troubadours are releasing a new album in May. Whether it will be any good is a moot point, but it certainly won’t do anything to dim rumours of the duo headlining Glastonbury, the first human landing on Mars or finding the cure for AIDS via synth exploitation.

It’s also worth noting that even though it’s not as good as ‘Homework’, either musically or in terms of the amazing videos like the one Michel Gondry did above for ‘Around the World’, sophomore effort ‘Discovery’ really was a gem as well and an opus that made my Friday evening just gone a lot of fun. Stream it below on Spotify.

We dig Adriatique, the duo who first came to our attention back in July with a beast of an Off Sonar mix and then pricked our ears once more with a decent edit of yacht rock anthem ‘Wicked Games’. They’ve just done a video for LA based record label Culprit for their new tune ‘face to face’ which is not quite as good as the Daft Punk corker of the same name but nevertheless a decent record. Dig it below

“Nile Rodgers has said the new material he has worked on with Daft Punk is as good as anything he’s ever done.”

So goes the opening quote on the news article from Mixmag. Full video interview below.

Posted in Videos and tagged Actual gizz seeping from my keyboard as I type, chic, Daft Punk, Mixmag, Nile Rodgers | Leave a Comment

“Back in 2002 Metro Area managed to pull together a collection of songs which built on the manifesto set out by Daft Punk’s Homework, showcasing that jack’s groove could translate to a full LP. A decade later, Justin Martin has reminded us all that the template is achievable.”

I hope, I really hope, that this album gets better with age. Because this could very well be the masterpeice house music has needed but only six months will truly tell the tale. Get on it now though.

Monster vibes from the Manchester weekender here, with Flaming Lips, Ghostpoet, Azaelia Banks, Nero and Dizzee Rascal among the live superstars playing, with a dj line-up that reads like an entire programme of events from the maestros behind it the Warehouse Project. Obviously this is still a festival in Manchester so there’s every chance in the world it’ll piss it down, but this is neverthless a ridiculously impressive bill of talent, and with early bird tickets going for less than £65 right now, eastern European in terms of pricing if not whether.

Chic also play, which could be even more interesting if their recent hook-up with Daft Punk is anything to go by, considering they invited Johnny Marr live on stage with them during their last Manchester show for the same promoters. Go here for further details.

The Prodigy ensnare Mixmag’s Greatest LIVE act of all time

“In a closely run battle, we can now reveal that The Prodigy have emerged victorious, pipping robotic legends, Daft Punk, into second place by a very tight margin.”

Mixmag’s Greatest dance act of all time Poll is now in, with Liam Howlett’s punk infused breakbeat and techno monsters The Prodigy winning. I’d have personally plumped for the Chems, but horses for courses and I’m yet to see Daft Punk unfathomably so my opinion is priobably moot. High positions for Deadmau5 is silly but understandable, but Faithless? They were shit even when they were still relevant. Good to see Plastikman at six though, and Skirllex not quite making it. Only a matter of time though!