Archive for the tag “Disclosure” 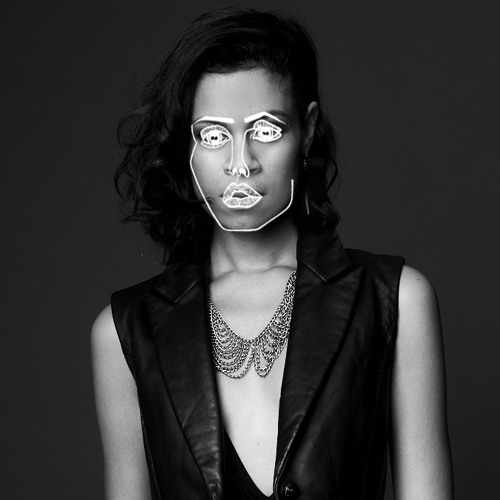 Blogosphere HYPE! Me and four thousand other internet geeks are salivating over this new production from Disclosure which is a little bit druggier than their other stuff, the vocals from AlunaGeorge also boasting a sharp acid turn underneath. They simply can do no wrong.

Posted in Music and tagged Alunageorge, Disclosure | Leave a Comment

Disclosure turn in an awesome remix of the Artful Dodger pop classic to round off a simply scintillating year for the duo. Expect global domination to follow in 2013.

In an era of ready-made and manufactured stars, Jessie Ware’s slow burning ascent to the top has been refreshing. After starting out as backing singer for Jack Penate, her trajectory slowly gathered momentum and the South-London songstress became a go-to some of the foremost artists to have sprung out of the post dubstep movement, most notably Sampha, SBTRKT and Joker.

Working with the aforementioned forward-thinking bass music stalwarts made for an efficient route to widespread acclaim from blog-based hipster music purveyors, but a few clever moves brought her sound closer towards the echelons of credibility, beyond the realm of know-it-all consumers with their oversized headphones and rolled-up chinos.

The first was that Disclosure remix of ‘Running’, the application of their infectious brand of garage and house infused pop made for one of those records that every DJ falls in love with, and an anthem that traversed the house and bass genres. Daytime radio single 110% came next, boasting Julio Bashmore’s production finesse, scattered drums and the juxtaposition of a Big Pun vocal sample “carving my initials on your forehead” against Ware’s bubblegum refrain of “dancing on her own”.

Following some crucial radio recognition from major DJs such as Annie and Pete, Lauren and Grimmy, another Sampha-produced tune slipped out as a free download; the simply gorgeous cover of Bobby Caldwell’s ‘Do for Love’. Each of these tracks are present and still just about on the right side of familiar to our ears , but are now to be accompanied by the gloriously diverse, hauntingly stylish and pretty-much brilliant album ‘Devotion’.

The album remains rooted in the dancefloor, the bubbling undercurrent of electronic music is never far away and although there are shades of Kate Bush in the ethereal lyrical quality of her voice, Jessie Ware is essentially a chanteuse of rave. But oh my, what a bloody good one. ‘Wildest Moments’ has a speaker shattering drum pattern beneath it, sure to be a live favourite for years to come, ‘No to Love’ a whimsical synth underpinning the action and ‘Night Light’ benefits from the swaggering dynamics which betray her past as a vocalist for the leading lights of the bass music scene.

‘Sweet Talk’ perfectly snapshots the feeling of those relationships where you’re caught between head and heart with the latter always winning, doing so with a gorgeous keyboard pattern that gifts it a brilliantly melancholy approach. But the album highlight for this listener’s ears is, still, the moment that closes everything (bar the acoustic bonus tracks), that stunning cover of Mr Caldwell. That encapsulates the qualities of both Ware and the LP, heartbreakingly beautiful vocals gliding over wonderful electronics.

The overall timbre of the album is seductive, and the hallmarks of Jessie’s past have been crucial in creating a vibe that permeates the piece. As a one-time backing vocalist, Ware is perfectly placed to offer uniquely breathy and gentle interpretations of the material. The album is highly indebted to the supporting cast of producers behind it, they really get to grips with her wonderful vocal mechanics.

Those of a certain age will remember how Air’s ‘Moon Safari’ blissed out the rougher edges of dance music’s body crushing activities, and this is an album that will do exactly the same. Much more than the poppy translation of pirate radio Katy B exhibited, and more glacial and emotionally tailored than the bland pop of Emelie Sande, there’s the sign of a genuine star of British soul music coming through. And maybe even a new contender to take up the mantle left by Amy Winehouse, albeit in a less retrospective and more electronically based fashion, but certainly no less beautiful for it.

Poh those hybrid sound pioneering borhters just get better and better. This time it’s the turn of their tunes being remixed, with Dixon offering arguably the standout. That said Joe Goddard brings the heat as well

The Mixmag DJ Labs series has been a bit of a corker since it started, not least this episode from Disclosure which destroyed my productivity one Friday afternoon. I expect today’s instalment with Yousef and Dan Ghenacia, just in time for the pair playing together tonight at Circus in London tonight and Yousef taking centre stage in a Circus Residents Party at the Shipping Forecast tomorrow, to have equally bad rammifactaions on work levels.

For full details head on over to the Mixmag site for the full story. The fun starts at 4pm on a live Youtube Stream.

Jessie Ware – What You Won’t Do For Love

Jessie Ware is turning out to be quite the talent. The Disclosure remix is still one of the tunes of 2012 (peep this vid of it at IMS) and this is a great cover of the Bobby Caldwell classic. I absolutely love that record, I love the 2Pac song that sampled it and I think I pretty much now love this to bits. And anything that allows me to also post this classic video form my teenage years makes me mega happy. Thanks Jessie x

Disclosure in the Mixmag DJ Lab

Last Friday Disclosure tore it up in the Mixmag lab. I basically gurned all the way through my last hour of work. Relive their brilliance here.

Disclosure – What’s In Your Head

Somebody’s put Disclosure’s fantastically awesome ‘What’s in your head’ to a video that features shitloads of scantily clad women, one of them being the improbably fit Daisy Lowe. Gawp at the birds, nod your head to the fantastically sexy song. What Monday blues? And when the trouser bulge has vamooshed whack this on.