Archive for the tag “The Warehouse Project”

I’ve loved Laurent Garnier as a DJ for most of my adult life, experiencing a life changing set of his a few weeks after my 20th birthday in Jan 2002. The 18 months prior to it I’d been absorbing clubbing to the intense levels anyone does when they’re faced with an abundance of temptation they’ve never had, and after a hectic NYE I’d vowed abstinence from a certain raving fuel. The Cream reopening, with Pete Tong and prog house tyrant of the time Lucien Foort playing the courtyard, was the first test of an ardent hedonist who devoured a plethora of trance and hard dance.

Lucien and Pete were average that night, but it was the man int he Annexe who had only pricked up a small amount of curiosity prior that blew me away. I didn’t even drink, sucked up by the vortex of his otherworldly brilliance. It proved to me I didn’t need to be peeling my face off the wall to enjoy partying, and that this dance music thing had longevity beyond my weekend escapism.

Anyway, suffice to say the abstinence lasted barely a few months but the musical shift had throughly started. It’s the starting point for an article I’ve wrote on Skiddle called DJ Love: Laurent Garnier which highlights a few of my experiences with my favourite DJ of all time over the years. I’ve not referenced the actual review, what with it coming from a competitor of ours at Skiddle in Pulse, but the night he played all night at the WHP looms large. It’s also the last time I saw Garnier, a near four year absence which I’m frantically trying to put right now. 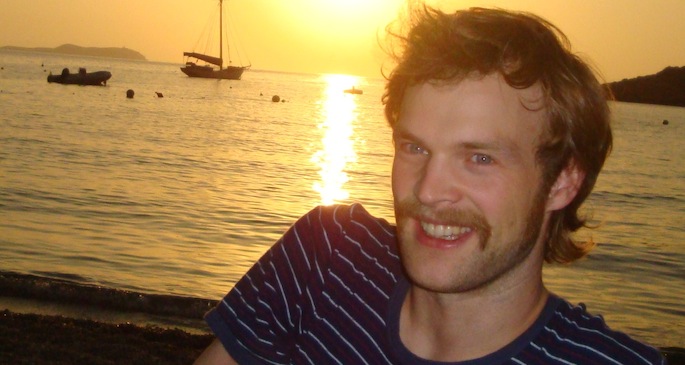 Badman strung out housey disco vibes from Todd here, who goes overboard on the melody to create the musical equivalent of the wide eyed glances Marty McFly’s mum gives him when he makes that mishap with the Delorean. Todd continues to do very little wrong and I for one am looking forward to seeing him at the WHP in October. Stunning remixes like this only heighten the anticipation.

Posted in Clubs and tagged Back to the Future, Hot Chip, The Warehouse Project, Todd Terje | Leave a Comment

“He has a boundless enthusiasm for people and music. He genuinely cares about the party and wants everyone to have a good time. If the party does not rock he would take it very personally, which is why you will never see a Carl Cox gig not rock. He won’t have it!”

Big Yousef Interview with Beatsandbeyond discussing all kinds of shizzel from Circus to Uber, WHP and even Carl Cox turning fifty.

Yesterday the video was out and getting people in the mood, now the full gamut of WHP options is out and established for 2012. Rather than print them all ad hoc here you can check out the full listings AND buy tickets over here at Skiddle, but the ones currently making my eyes pop out a little are the SBTRKT helmed showcase on Sat 6th, TEED bringing Derrick Carter and a few more for a Halloween special on Fri 26th October, Fri 9th November seeing RBMA in the house with Flying Lotus, Squarepusher, Jamie XX and Hessle Audio, and maybe the best of the lot, with Resident Advisor pulling together Orbital, Modeselektor, Chris Liebing, Marcel Dettmann among many more.

“You simply can’t pick up our crowd and take it with us, that’s the main problem. They are a very important ingredient in the formula that makes us work”

Hit the quote for the goodness.